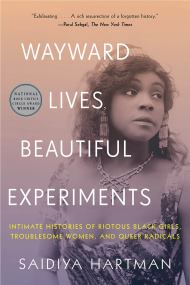 A breathtaking exploration of the lives of young black women in the early twentieth century.


In Wayward Lives, Beautiful Experiments, Saidiya Hartman examines the revolution of black intimate life that unfolded in Philadelphia and New York at the beginning of the twentieth century. Free love, common-law and transient marriages, serial partners, cohabitation outside of wedlock, queer relations, and single motherhood were among the sweeping changes that altered the character of everyday life and challenged traditional Victorian beliefs about courtship, love, and marriage. Hartman narrates the story of this radical social transformation against the grain of the prevailing century-old argument about the crisis of the black family.

In wrestling with the question of what a free life is, many young black women created forms of intimacy and kinship that were indifferent to the dictates of respectability and outside the bounds of law. They cleaved to and cast off lovers, exchanged sex to subsist, and revised the meaning of marriage. Longing and desire fueled their experiments in how to live. They refused to labor like slaves or to accept degrading conditions of work.

Beautifully written and deeply researched, Wayward Lives recreates the experience of young urban black women who desired an existence qualitatively different than the one that had been scripted for them--domestic service, second-class citizenship, and respectable poverty--and whose intimate revolution was apprehended as crime and pathology. For the first time, young black women are credited with shaping a cultural movement that transformed the urban landscape. Through a melding of history and literary imagination, Wayward Lives recovers their radical aspirations and insurgent desires. 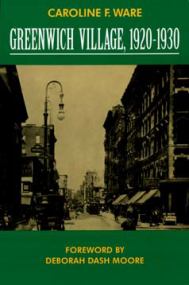 Caroline Ware examined social change in Greenwich Village at a time when the dominant ethnic group, the Irish, was dispersing , values were changing in the Italian community, and young professionals and artists were moving in. The urban reform issues considered here continue to be relevant in the 90s.
Trade Paperback 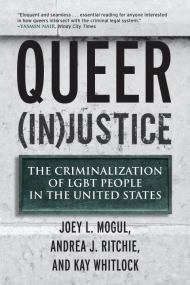 Drawing on years of research, activism, and legal advocacy, Queer (In)Justice is a searing examination of queer experiences as "suspects," defendants, prisoners, and survivors of crime. The authors unpack queer criminal archetypes--from "gleeful gay killers" and "lethal lesbians" to "disease spreaders" and "deceptive gender benders"--to illustrate the punishment of queer expression, regardless of whether a crime was ever committed. Tracing stories from the streets to the bench to behind prison bars, the authors prove that the policing of sex and gender both bolsters and reinforces racial and gender inequalities.

An eye-opening study of LGBTQ rights and equality, Queer (In)Justice illuminates and challenges the many ways in which queer lives are criminalized, policed, and punished. 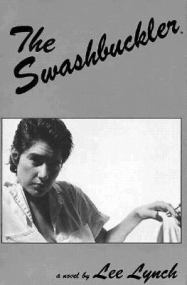 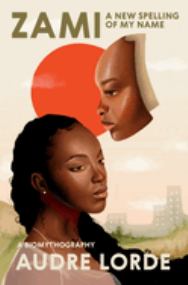 Zami: a New Spelling of My Name

Zami: A Carriacou name for women who work together as friends and lovers

"Zami is a fast-moving chronicle. From the author's vivid childhood memories in Harlem to her coming of age in the late 1950s, the nature of Audre Lorde's work is cyclical. It especially relates the linkage of women who have shaped her . . . Lorde brings into play her craft of lush description and characterization. It keeps unfolding page after page."--Off Our Backs

"Among the elements that make the book so good are its personal honesty and lack of pretentiousness, characteristics that shine through the writing bespeaking the evolution of a strong and remarkable character."--The New York Times