A singular and stunning debut novel about the forbidden union between two enslaved young men on a Deep South plantation, the refuge they find in each other, and a betrayal that threatens their existence.

Isaiah was Samuel's and Samuel was Isaiah's. That was the way it was since the beginning, and the way it was to be until the end. In the barn they tended to the animals, but also to each other, transforming the hollowed-out shed into a place of human refuge, a source of intimacy and hope in a world ruled by vicious masters. But when an older man--a fellow slave--seeks to gain favor by preaching the master's gospel on the plantation, the enslaved begin to turn on their own. Isaiah and Samuel's love, which was once so simple, is seen as sinful and a clear danger to the plantation's harmony.

With a lyricism reminiscent of Toni Morrison, Robert Jones, Jr., fiercely summons the voices of slaver and enslaved alike, from Isaiah and Samuel to the calculating slave master to the long line of women that surround them, women who have carried the soul of the plantation on their shoulders. As tensions build and the weight of centuries--of ancestors and future generations to come--culminates in a climactic reckoning, The Prophets fearlessly reveals the pain and suffering of inheritance, but is also shot through with hope, beauty, and truth, portraying the enormous, heroic power of love. 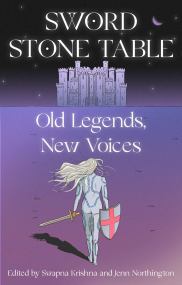 From the vast lore surrounding King Arthur, Camelot, and the Knights of the Round Table, comes an anthology of gender-bent, race-bent, LGBTQIA+ inclusive retellings.

Here you'll find the Lady of the Lake reimagined as an albino Ugandan sorceress and the Lady of Shalott as a wealthy, isolated woman in futuristic Mexico City; you'll see Excalibur rediscovered as a baseball bat that grants a washed-up minor leaguer a fresh shot at glory and as a lost ceremonial drum that returns to a young First Nations boy the power and the dignity of his people. There are stories set in Gilded Age Chicago, '80s New York, twenty-first century Singapore, and space; there are lesbian lady knights, Arthur and Merlin reborn in the modern era for a second chance at saving the world and falling in love--even a coffee shop AU.

Brave, bold, and groundbreaking, the stories in Sword Stone Table will bring fresh life to beloved myths and give long-time fans a chance to finally see themselves in their favorite legends. 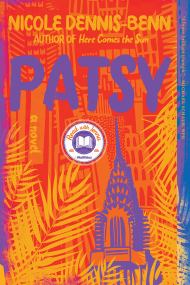 Heralded for writing "deeply memorable . . . women" (Jennifer Senior, New York Times), Nicole Dennis-Benn introduces readers to an unforgettable heroine for our times: the eponymous Patsy, who leaves her young daughter behind in Jamaica to follow Cicely, her oldest friend, to New York. Beating with the pulse of a long-withheld confession and peppered with lilting patois, Patsy gives voice to a woman who looks to America for the opportunity to love whomever she chooses, bravely putting herself first. But to survive as an undocumented immigrant, Patsy is forced to work as a nanny, while back in Jamaica her daughter, Tru, ironically struggles to understand why she was left behind. Greeted with international critical acclaim from readers who, at last, saw themselves represented in Patsy, this astonishing novel "fills a literary void with compassion, complexity and tenderness" (Joshunda Sanders, Time), offering up a vital portrait of the chasms between selfhood and motherhood, the American dream and reality.